All Students are expected to bring their own instrument.  Please note that class sizes are LIMITED and the minimum enrollment criteria must be met or the course will be cancelled.

The Scottish Harp classes will focus on:
• Basic harp technique for beginners and intermediates.
• Repertoire at all levels, including tunes for competition sets.
• Scottish style, including ornaments, lilt, and dance types.

The nylon/gut harp classes will study Scottish dance music, airs, and songs, focusing on ornamentation, Scottish style, accompaniment, and learning by ear. Afternoons will include lectures, practice time, and playing in sessions. Classes will be available for beginners who have played for a few months, intermediates, and advanced players. 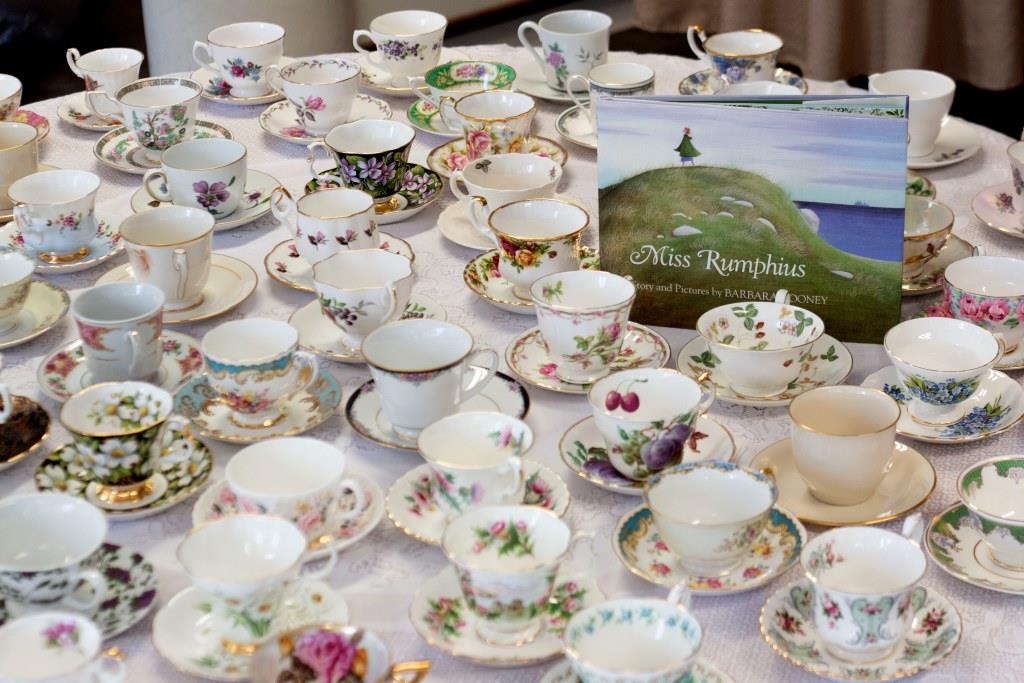 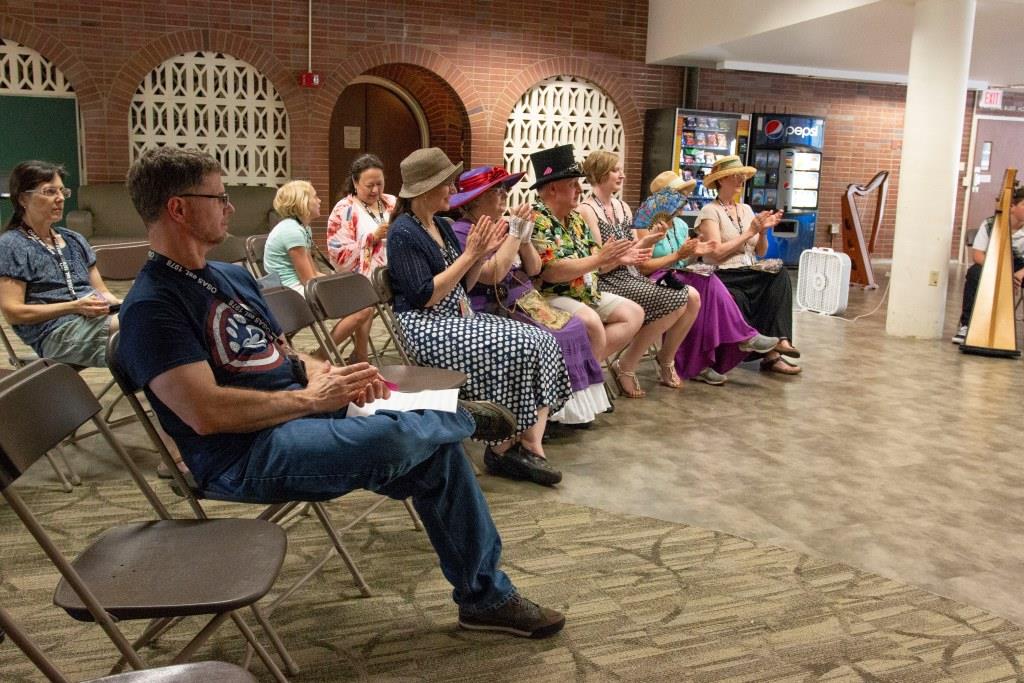 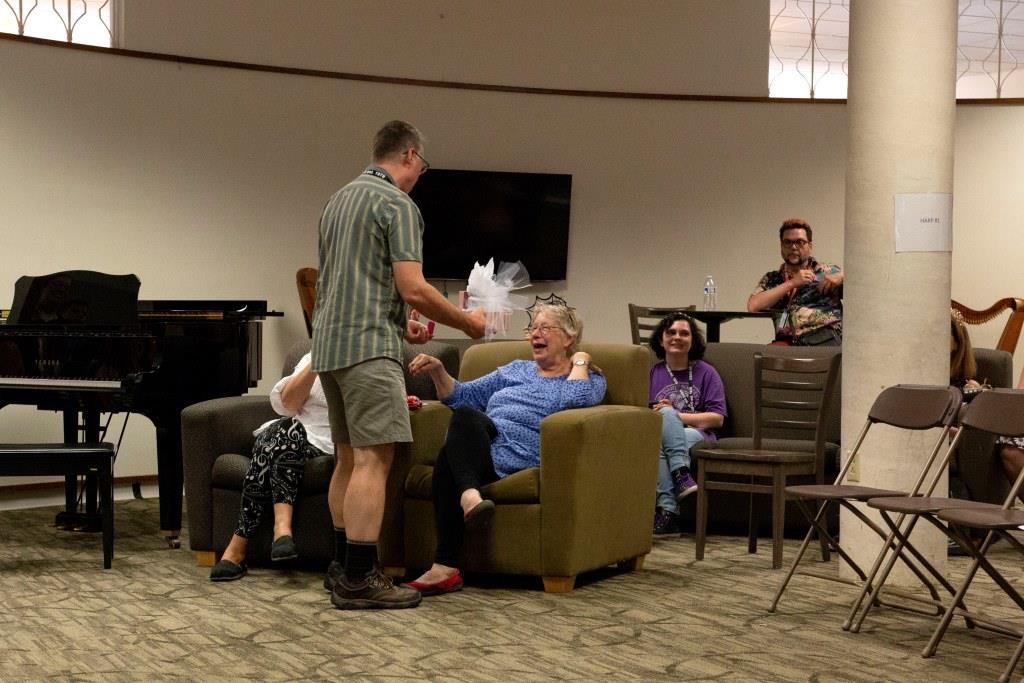 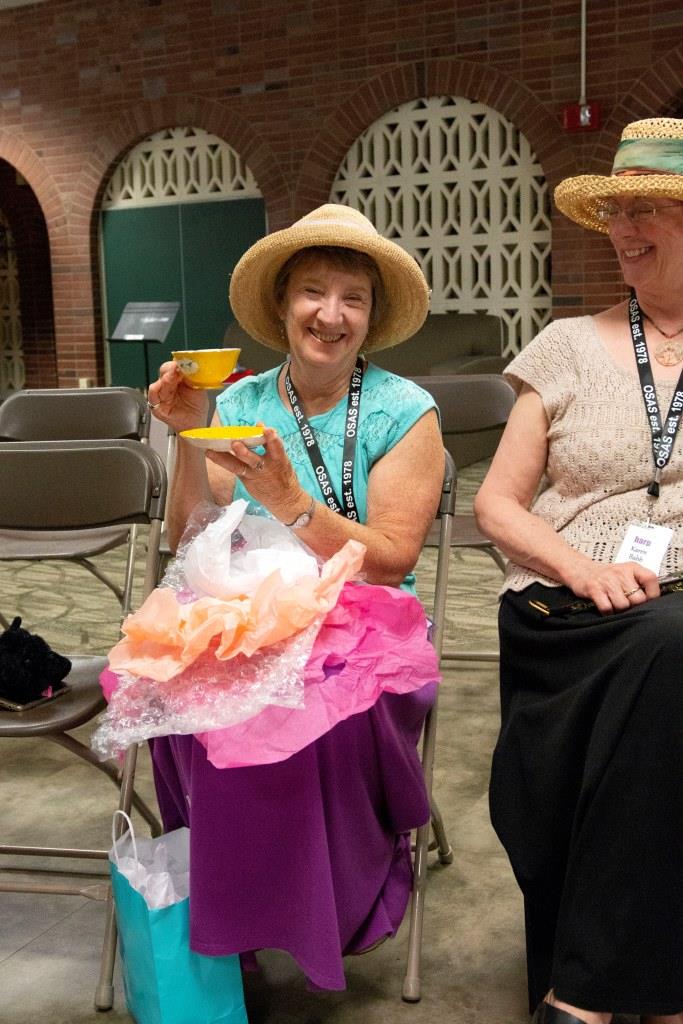 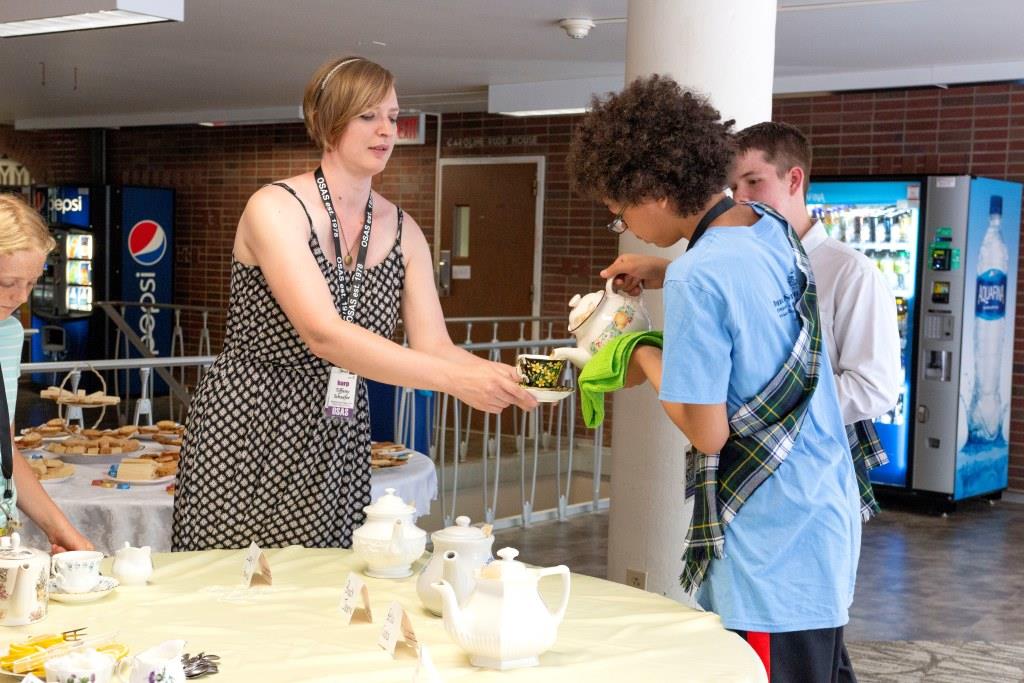 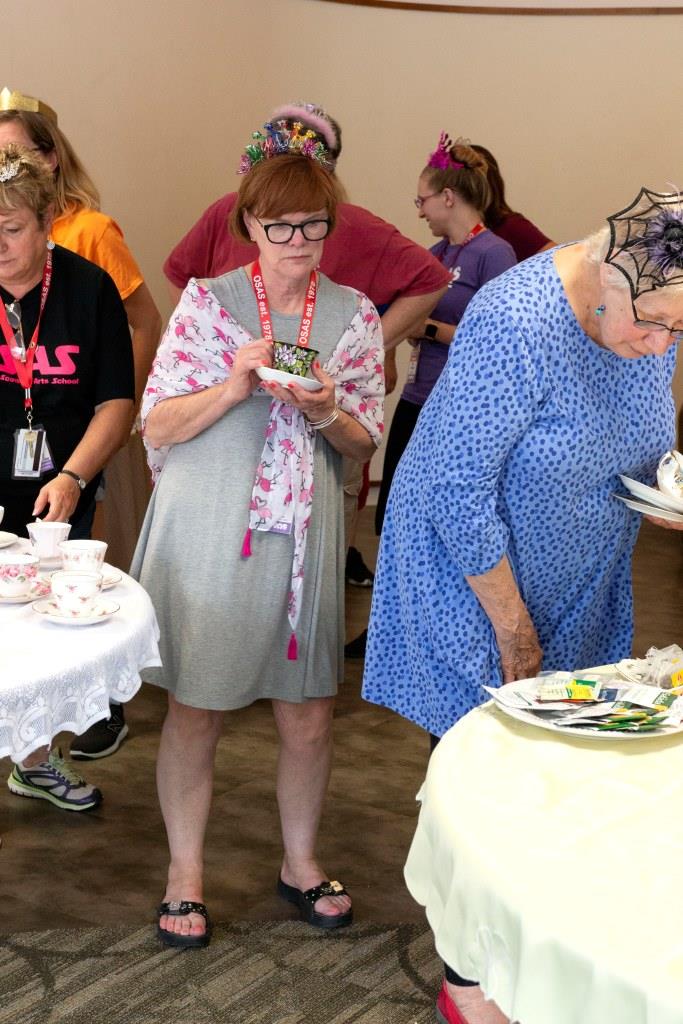 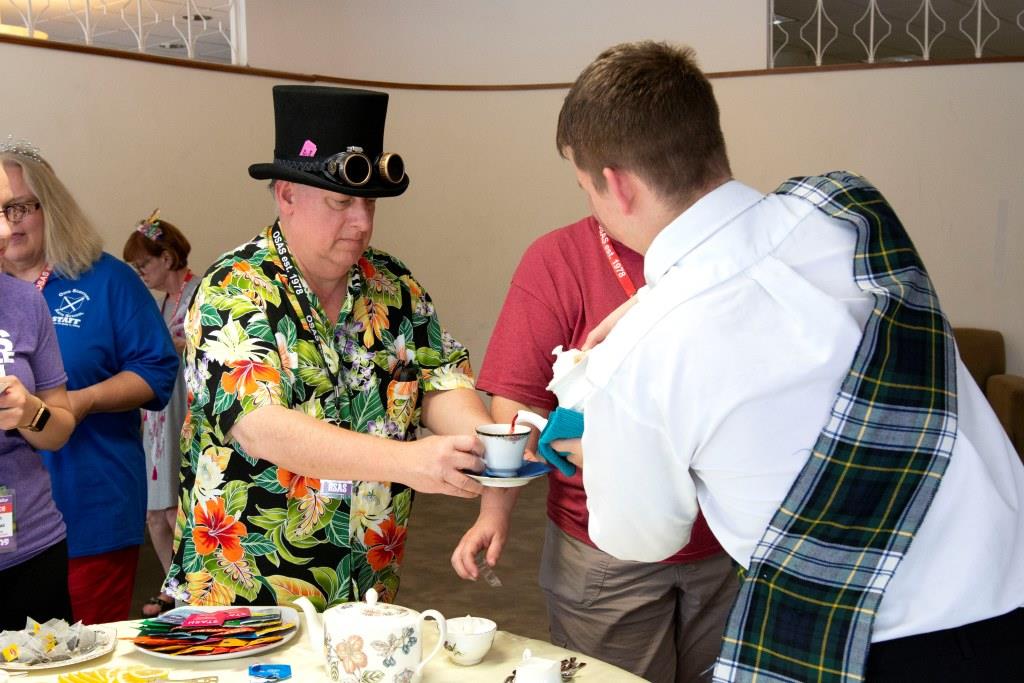 About our Harp Instructors

Please Note:  Instructors are subject to change based on enrollment

Seumas Gagné has been playing the music of the Highland and Irish Gaels on the Celtic harp for over thirty years. A fluent speaker of Scottish Gaelic, he competed in the Royal Scottish National Mòd in 1997 where he won the Elspeth Hyllestad Trophy for solo clàrsach (Celtic harp). Seumas helped found Slighe nan Gaidheal, Washington’s Gaelic language and cultural society in 1997 and serves on its Board. In 2001, he returned to the Mòd in Scotland with four friends and won the first-ever waulking song competition. His first solo CD, Baile Àrd, was released in February 2012.

Corrina Hewat was brought up in the Black Isle in the Scottish Highlands.  Growing up surrounded by music and song, art and stories in an expansive landscape helped to shape her musical narrative.  She is a harper, singer and composer and celebrates ten years as Principal Scottish Harp Tutor at the Royal Conservatoire of Scotland.
She has recorded around 50 albums, 13 under her own or band name and composed many large-scale commissions for ensemble. Her most recent work is MD/co-producer of the Edinburgh Fringe sell-out show run of Moon Dragon which is a new pre-school children’s interactive stage show, with harp, song, characterful puppets, and a colorful story journey.
She is also one of the musicians compiling the 100 Women Composers in Trad tune-book, for release on Faber Music.  Corrina also directs the Scots Folk 60-strong choir Sangstream.  Her other focus is The Song of the Oak and the Ivy, a 10-harp, 6 player piece, commissioned jointly by the EIHF and The Clarsach Society, which is to be recorded for posterity in 2022.

Once Scottish immigrant Sharon Knowles discovered the harp in her twenties she immediately plunged into acquiring the necessary skills to play, teach and perform music. From studying with harpers such as Mary Macmaster, Patsy Seddon and Judith Peacock Cummings, to playing in ‘innumerable’ sessions, to taking three years of college courses in music theory, singing, chorus, music history and piano as well as many workshops, Sharon devoted herself to becoming a serious musician. With her customary thoroughness, she took the time to acquaint herself with the pedal harp, to better enable her help students making the transition from pedal to lever harp. Sharon, who is most comfortable playing by ear, is a masterful accompanist and has performed with several duo partners and in several bands. These ensembles performed Scottish traditional music, Irish traditional music and Old Time music. Sharon recently joined the Maggie’s Music record label having performed with Maggie and many other musicians on the label for several years. Sharon has taught and performed at harp retreats such as Somerset Harp Festival, Edinburgh Harp Festival, Celtic Connections and the Ohio Scottish Arts School. She is National Scottish Harp Champion and a respected adjudicator with the Scottish Harp Society of America. Sharon runs a nationally recognized concert series out of her home near Gettysburg PA and a host of other events in the same venue. Her latest CD is with an Irish band called The Morning Star. She has five additional CDs available at CD Baby.

Perpetually surprised by what comes out of her mouth, Jen Narkevicius prefers to let her harp do the talking – sometimes.  From the Washington DC area, where talk is cheap, she leverages wit to bridge the gaps between the two.  Jen enjoys teaching and performing. She also is taken with traveling through Scotland with others, pairing the music with the places, people and events that inspired it.  She is Co-Director of Harp Camp in SE Pennsylvania and is beyond delighted to be invited to OSAS.  Currently Competition Committee Chair of the Scottish Harp Society of America, Jen is a credentialed SHSA judge.  She has been privileged to play for “important people” and to be part of the Harpa tours, but she will be even more fortunate to share some tunes with you! She blogs weekly on topics that range from touring Scotland with a harp to staying healthy and fit as a musician, on to fulfilling your promise as a harper on http://www.jeniuscreations.com/blog/ and she especially enjoys writing about herself in the third person.